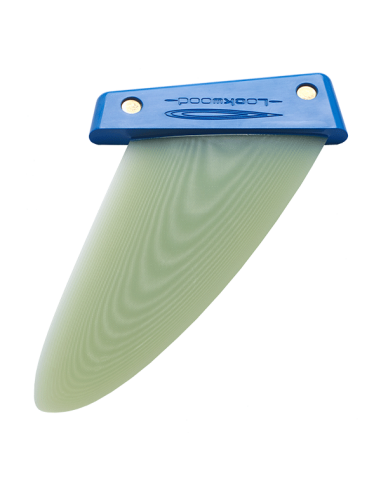 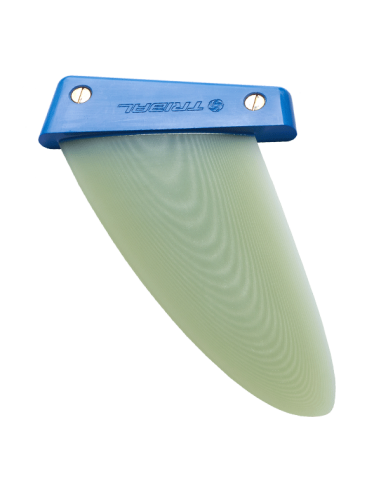 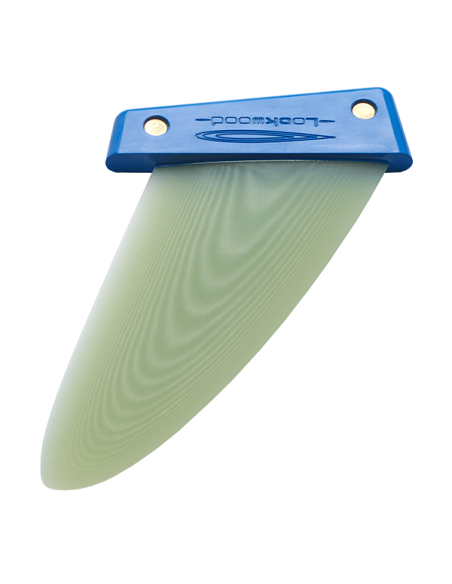 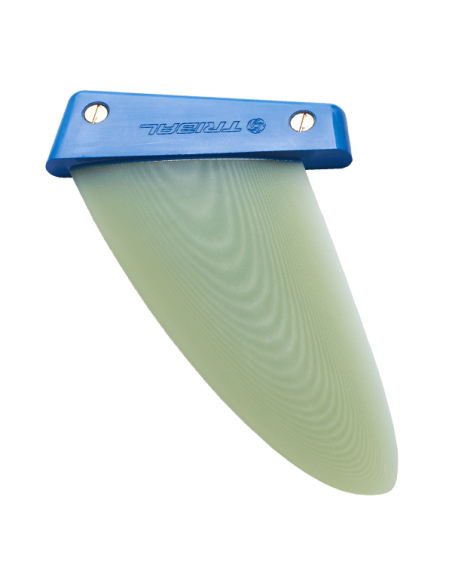 KA Sail released the first ever working production asymmetric speed fin in 2006 with superb results. This fin was (and still is) an outstanding performer up to 50kts, claiming national records and holding GPSSS outright speeds right up until the canal in Luderitz opened up a new era in windsurfing records. The design brief at the time was to make a fin that could easily get to 50kts. It was the first production fin to do so back in 2009.

The benefit of a correctly designed Asymmetric fin is that on the “ON” side, the maximum available lift can be a lot greater than an equivalent symmetric fin with the same top speed capability, and also the drag is appreciably lower. So it’s a win-win situation for really high speed sailing, and you can get away with a lower surface area. The downside is sailing the other tack, where the maximum lift will be significantly diminished.

WHY A TRIBAL ASY?

There are many trade-offs in fin design, especially when it comes down to doing really high speeds. Basically, you need to use thinner profiles as the design speed goes up. Also the more asymmetry (camber) you put into a fin, the thinner it has to be. There is less margin for manufacturing tolerances, and structural limits are quickly reached. There is also a fundamental trade-off between low speed performance and high speed capability. The details of this are beyond the scope of this introduction.

This creates a considerable design challenge. It’s easy to add some camber and make a fast fin by flattening one side of a standard foil, but what you end up with, is a sub-optimal fin that will have higher drag than necessary. It won’t be useable on the other tack, or at best this will prove very difficult. And it’s also likely to be average at both low speeds and high speeds thanks to its thickness.

So with these trade-offs in mind, we set to work on the best all-round shape to accommodate these issues, and found a nice balance that sacrifices none of the “ON” tack performances, extended out to significantly higher speeds than the earlier KA series. The “OFF” tack performance is remarkable for an asymmetric fin and offers an easy ride back upwind, without the constant spin-outs and crashes associated with other designs. On the run, these fins offer superb low drag performance and confidence to break records. These fins are of course available for both tacks. The TRIBAL Speed range is based on windsurfing optimised profiles that give the biggest possible range for a given surface area, yet can still take the blowtorch to speed records!
View

From the instant classic Speed Weed series, we developed the specialised shallow water range for our riders who are gifted with access to dead flat water afforded by shallow waters and seaweed beds.
View

!!Prices in the table below are INCL. VAT!!

Save products on your wishlist to buy them later or share with your friends.

No account? Create one here
Product added to wishlist